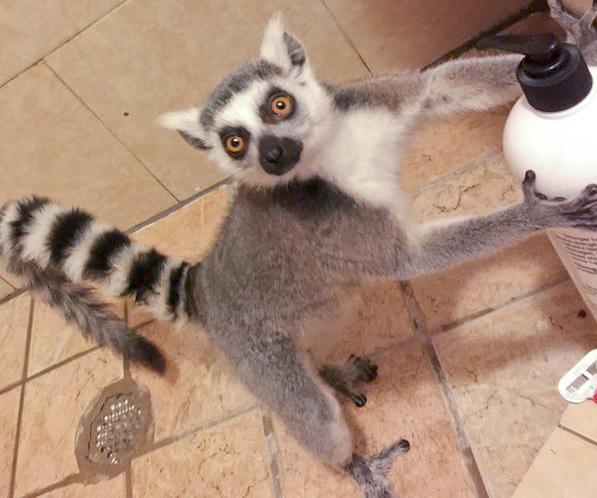 A rogue lemur has been in the local news.

It’s rare to see lemurs in the news in Colorado. Not so in North Carolina, where we lived when our boys were little. Durham, North Carolina is home to the Duke Lemur Center. The world’s most famous lemur lived there. That rockstar lemur was Zoboomafoo, the star of a popular PBS show in my sons’ pre-school years, when they would still watch such wholesome fare.

Lemurs hold a special place in my family’s folklore. We fondly remember that show, but we also remember this report from one of the amusingly progressive pre-schools our sons attended:

Kids were playing in the schoolyard, and they invited our son to play with them. “Do you want to play fireman with us?”
“No. I’m going to play lemur. Does anyone want to play lemur?”
No one did. So he played lemur by himself, romping around the yard.

I think the teacher who told us that story wanted it to be an example of how inclusive the children were. Instead, this story has been a lifelong metaphor in our family for doing your own thing. That independent boy is now a software engineer in Silicon Valley. Or, as I like to think of it, his grown-up version of playing lemur.

This site uses Akismet to reduce spam. Learn how your comment data is processed.