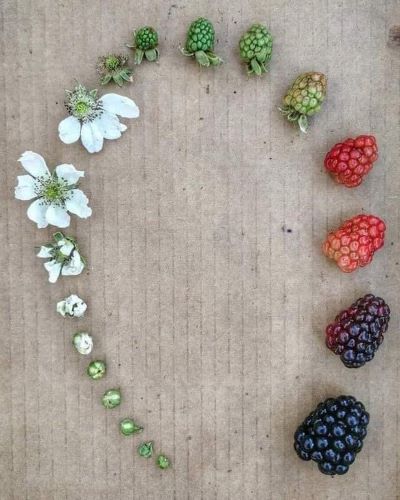 Earlier this year, I read the lovely volume The Point of Poetry by Joe Nutt. I had read a few of the poems in that book before, but not many. Seamus Heaney’s “Blackberry-Picking” was a new one for me.

Late August, given heavy rain and sun
For a full week, the blackberries would ripen.
At first, just one, a glossy purple clot
Among others, red, green, hard as a knot.

These lines summon a memory of camp. I grew up in sterile Southern California suburbs but went to summer camp in Connecticut “wilds.” Summer brought thunderstorms and mud and glossy purple clots of blackberries. The rebellion of blackberry picking felt like freedom.

As Heaney writes, blackberries don’t ripen until the end of the summer. There was joy in finding them ripe after a long wait. But ripe berries also meant that the freedom of camp was coming to an end, and the routine of the school year was upon us. Heaney’s poem includes that double edge, ending with a lament about time and his crop:

Each year I hoped they’d keep, knew they would not.

It’s late August. I have no brambles in my yard, just grass and fruitless vines. But we have students back in Boulder, marking the passage from one season to the next.

I hope they keep.

This site uses Akismet to reduce spam. Learn how your comment data is processed.